About glass beads and metal mandrels

Among all the tools you need to create a lampwork glass bead, the only two that are necessary are the torch, of course, and the metal mandrels.

A lampwork glass bead is made by wounding a blob of molten glass around a mandrel (a long metal neaddle that may vary in diameter). Once the glass bead is cold the mandrel is taken off, leaving a hole inside the glass, allowing to thread the bead on a wire and use it.

Since the beginning of glass making history, beads have been made on a metal mandrel, made out of iron in ancient times and in stainless steel lately.

The Romans, for example, used to melt the glass in a basic but efficient furnace and they used long needles slightly conical towards the end, in order to facilitate the exit of the beads from the mandrel before they were even cooled.

Unfortunately these remain only reconstructions as no intact Roman furnace has been found in Italy.

Later, with the invention of the lampwork technique and its growing success in Venice and Murano, the tools to create the beads became shorter but above all thinner. The beads were created one by one, richly decorated and extracted from the needle once cooled.

To allow this, the needles were covered with a mixture of water and lime, a releasing batter, which allowed the beads to be removed easily. A thin mandrel heats up very fast and if you put the molten glass on it, the glass will stick to it and it would be impossible to use that bead.

A curiosity: it was not unusual for the bead makers of Murano and Venice to use the lagoon mud as a releasing batter. Obviously after having cleaned it from algae, shells and all that it could contain .. Can you imagine the smell in the laboratories?

For about a century, however, the typical Venetian glass beads have traditionally been built on copper tubes. But how did this come about?

In 1911 the Ercole Moretti company opened in Murano and it immediately specialized in Murrina glass and Rosette rod (the barrel from which the most iconic Murano glass beads were obtained: the Chevron, also called rosettes). But their beads in imitation of natural pearls became quite well known as they managed to perfectly recreate the color. But natural pearls also had a further indispensable characteristic: a very thin hole that allowed them to be mounted on thin threads and fixed with the classic knot. In search of how to obtain this thin, clean and smooth hole, they had the intuition to use a thin sheet of copper that, wrapped around itself, created a tube. The copper was then removed by immersing the beads, once cold, in an acid solution, which dissolved the copper completely, leaving the hole perfectly clean.

Soon this technique began to be used by many other bead producers, who saw its wide benefits. First of all, copper allowed for a “cleaner” process. The normal use of the release agent created an almost constant dust on the work benches; it often happened that the release agent broke during processing, dirtying the glass and, last but not least, while trying to clean the hole as best as possible, there was always a patina inside it, visible if the bead was made of transparent glass. With the copper tube these drawbacks were overcome and the glass beads could be made with transparent glass, making the most of the brilliance of the gold leaf and aventurine leaf.

Also not to be underestimated is the fact that Murano glass and copper have the same expansion coefficient, i.e. they react to heat by expanding and contracting in the same way. This homogeneous behaviour of the materials prevents thermal shock with the result that the beads made on copper break very rarely during processing and cooling.

To this day, the lamp glass beads continue to be made on metal needles, without which they would not exist in the form in which we know them.

Ps: I have recently learned of finds of very ancient beads (dated between the 12th and 9th centuries AD) with a copper heart and it seems that the glass, even in that case, was wound on copper tubes .. I need to deepen these studies before we can talk more about them. But don’t you also believe that the world of glass beads is an inexhaustible source of exciting stories ?!

Previous Reading
Encounters with Glass
Next Reading
In glass we trust 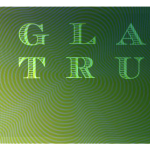 In glass we trust 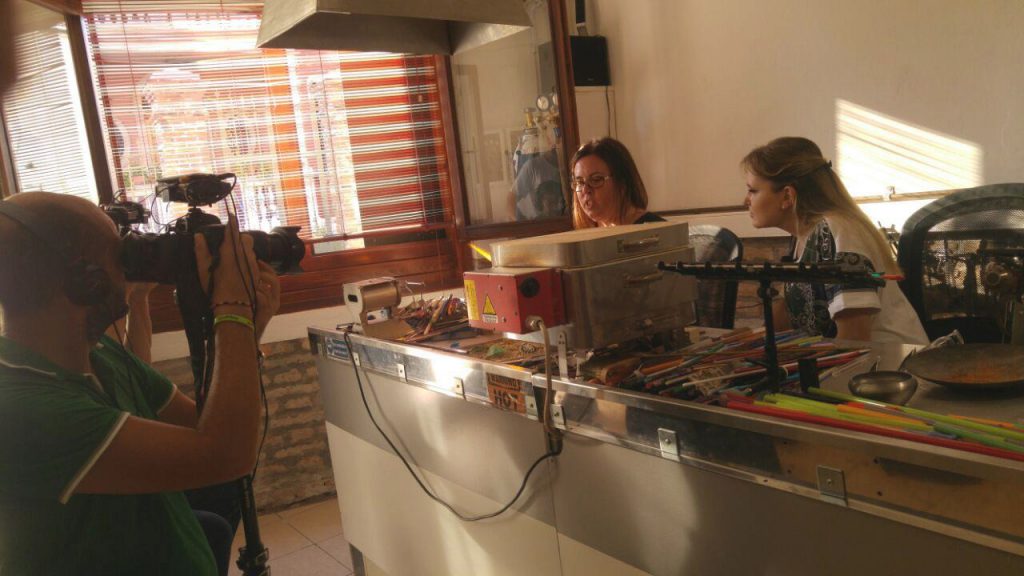 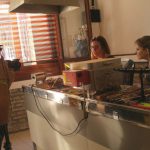 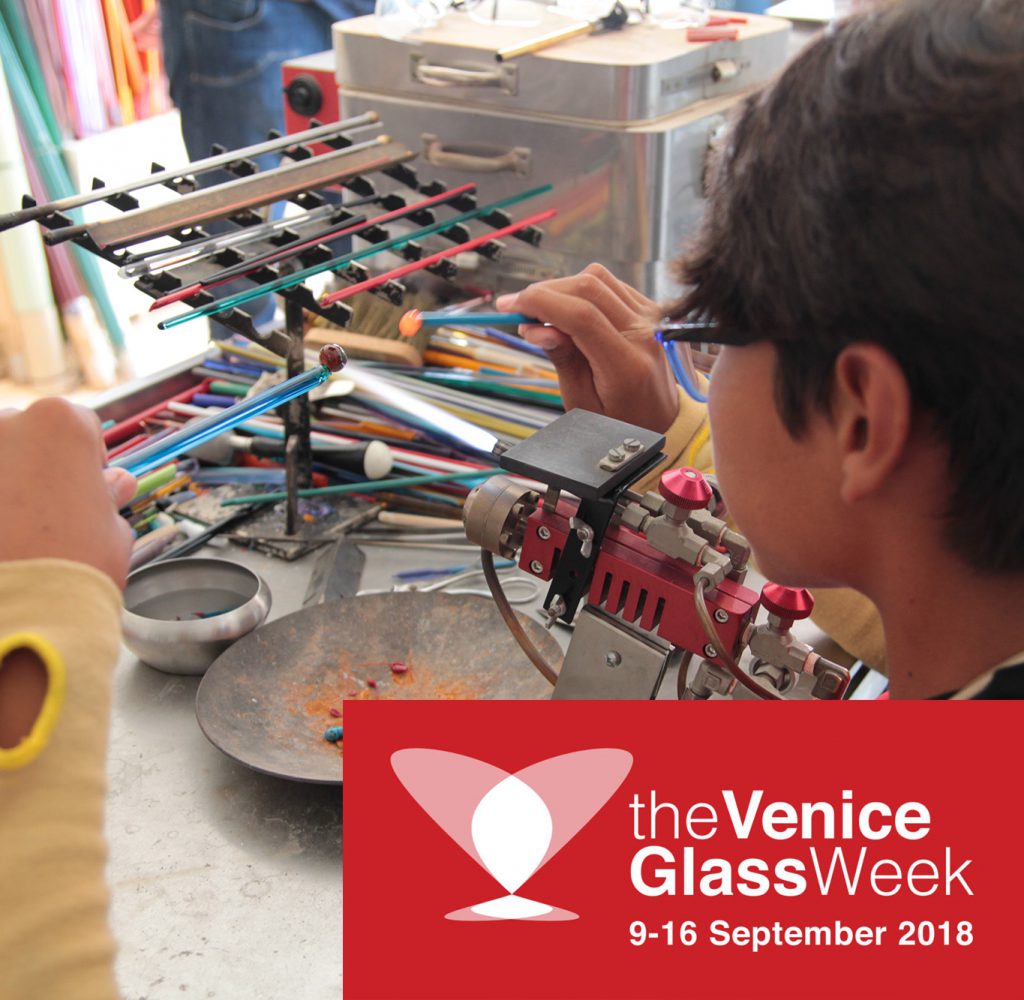 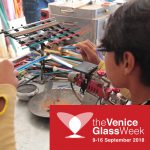 I speak
and my currency is

What are you looking for?

We use cookies on our website to give you the most relevant experience by remembering your preferences and repeat visits. By clicking “Accept All”, you consent to the use of ALL the cookies. However, you may visit "Cookie Settings" to provide a controlled consent.
Cookie SettingsAccept All
Manage consent

This website uses cookies to improve your experience while you navigate through the website. Out of these, the cookies that are categorized as necessary are stored on your browser as they are essential for the working of basic functionalities of the website. We also use third-party cookies that help us analyze and understand how you use this website. These cookies will be stored in your browser only with your consent. You also have the option to opt-out of these cookies. But opting out of some of these cookies may affect your browsing experience.
Advertisement
Advertisement cookies are used to provide visitors with relevant ads and marketing campaigns. These cookies track visitors across websites and collect information to provide customized ads.
Analytics
Analytical cookies are used to understand how visitors interact with the website. These cookies help provide information on metrics the number of visitors, bounce rate, traffic source, etc.
Functional
Functional cookies help to perform certain functionalities like sharing the content of the website on social media platforms, collect feedbacks, and other third-party features.
Necessary
Necessary cookies are absolutely essential for the website to function properly. These cookies ensure basic functionalities and security features of the website, anonymously.
Others
Other uncategorized cookies are those that are being analyzed and have not been classified into a category as yet.
Performance
Performance cookies are used to understand and analyze the key performance indexes of the website which helps in delivering a better user experience for the visitors.
SAVE & ACCEPT
Powered by